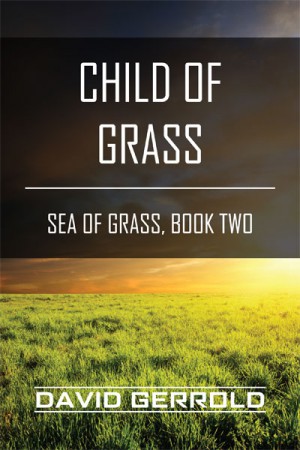 In the first installment of the Sea of Grass trilogy, Child of Earth, we learn of young Kaer, whose family decides to emigrate to Linnea, a parallel Earth-like world characterized by huge horses, dangerous giant wolves, and a strict religious, primitive culture. Before Kaer and her family can emigrate, they are expected to undergo rigorous training under a massive dome that simulates the Linnean environment in every respect, designed to prepare Earthlings for the new world.

In the midst of Kaer’s family’s training, an uprising occurs. A band of religious zealots known as the Hale-Stones, former Earth residents living on Linnea, began outing other Earthlings and disrupting Linnean society in order to convert them to Earth’s Christianity. Kaer’s family was stuck in limbo.
Now, in Child of Grass, Kaer and Lorrin, Kaer’s father, venture away from the training dome as part of a secret mission to restore peace to Linnea and free the hostage Earthlings from captivity. Defeating the Hale-Stones means using every available resource to preserve the Linnean way of life, from advanced technology, to natural disasters, and even the Hale-Stones’ own religious teachings.

Through the struggle for peace, Kaer is forced to confront issues about morality, loyalty, the bond of family, and the nature of intelligent life.