Chess with a Dragon 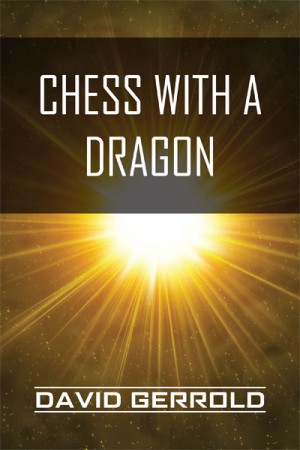 The Galactic InterChange is the greatest discovery in history. Through the InterChange, humanity gains access to the combined knowledge of all the worlds and all the races of the galaxy. For librarians, scientists, doctors, teachers, and anybody interested in the spread of knowledge, it’s a field day. Just find something intriguing on the menu and request a copy—so simple, so exciting!

Until the bill arrives.

It’s the greatest bill in history, and humanity has no way of paying it off. No way except one—indenture. Being slaves to aliens doesn’t sound like much fun.

Yake Singh Brown is the man who has to negotiate the deal for humanity. It’s the toughest assignment he’s ever faced, like playing chess with a dragon—all he has to do is figure out the rules of the game before being eaten.

In the tradition of Douglas Adams and Piers Anthony, David Gerrold, the writer who created The Trouble with Tribbles, pits Earth’s most daring diplomat against the scheming—and hungry—races of the rest of the galaxy, with hysterical results.