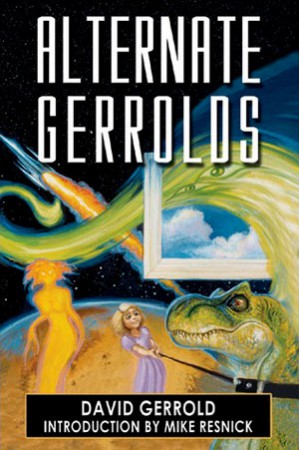 Everyday themes as diverse as exploration, the fight against evil, laboratory experiments, and self-improvement are presented in this new anthology of short stories from David Gerrold. Largely consisting of stories featuring an alternative history, and often written for Mike Resnick's Alternative series, the stories range from funny to horrifying and lighthearted to profound. In "Franz Kafka, Superhero!" Kafka employs his unusual metamorphosis to fight evil throughout the world and take on even Sigmund Freud. Two characters who hope to better themselves experience "The Seminar from Hell," while "The Firebringers" features Humphrey Bogart, Gregory Peck, Ronald Reagan, and Jimmy Stewart as soldiers charged with dropping the first atom bomb. Taking an archaeological turn, a team of anthropologists struggles with understanding the artifacts of a mysterious alien race in "Digging in Gehenna." With wit and imagination, these pieces provide a rare and intriguing addition to any Gerrold collection.